French Onion Everything: This Season’s Most Soothing Recipes

I LIKE TO IMAGINE the onion and I have a lot in common: multilayered, beloved the world over. Onions, famously, make you cry — the bulb’s natural defense against insects and other opportunistic munchers via a combination of pyruvic acid, ammonia and volatile sulfur compounds. (My own lashing-out tendencies are similarly defensive.)

Ultimately, though, when bathed in warmth and handled with patience, an onion yields into a sweet puddle of love. A big part of the allium’s charm lies in the way it lends itself so amicably to frying, sautéing, pickling and baking. There is little as bracing as a raw onion or as soothing as a braised one. And I believe there is no greater example of this ingredient’s capacity to comfort than French onion soup.

Worn down by winter and weltschmerz, I’ve hit the onion soup crock pretty hard this season. And it’s been easy to do: Chefs seem to have gotten the memo that we’re all hankering for comfort. I have, happily, come upon other dishes doing a sort of French-onion cosplay, carrying off that holy trinity — bread, cheese, onion — with great panache. French onion is the new black.

The classic iteration — what Americans know as French onion soup — is called gratinée des Halles in its country of origin. The name nods to the soup vendors of the storied Paris market Les Halles. Their crocks once fed famished workers coming off their shifts as well as all-night revelers in need of nourishment. One couldn’t ask for better ballast than the combination of beef or chicken broth fortified with onions and bread, capped with a layer of molten cheese — typically Comté, Gruyère or Emmental, gooey melters all, with varying degrees of pungency. It’s a recipe custom built for the restoration of the soul.

Anti-soupists will say that soup makes a monotonous meal. And yet, multilayered like the onion itself, French onion soup provides plenty of action: chewing, sipping, slurping. My personal favorite has always been the chipping away and eating of the browned cheese stuck to the side of the crock. Get it right and you enjoy the same tactile pleasure you do peeling off a price tag without a tear.

Outside the home, French onion soup is best eaten in an unreconstructed bistro. In Midtown Manhattan, at lunchtime on a blustery day, you’d do well to order a bowl at La Bonne Soupe. At midnight get over to L’Express, a night owl’s bistro on Park Avenue. Generally speaking, the soup itself doesn’t brook innovation, but it does reward excellence. The key is in the almost ludicrously slo-mo cooking of the onions until they are dark, sweet and nearly liquid.

For innovation, you need to stray a little way from the crock. At Mark’s Off Madison, the new Midtown restaurant from chef Mark Strausman, there’s an onion soup on the menu listed as Maria’s Onion Budino. In Italian, budino means pudding, and you’ll more commonly see it as a sweet. Chocolate budino is basically an Italian pot de crème. At Mark’s, Mr. Strausman uses the term loosely. “It’s a budino because of the bread!” he insisted. Tomato, tomahto. Who cares when the dish is this good? The bowl is as warming as a charcoal brazier and as comforting as any FOS I’ve had.

“I have, happily, come upon other dishes doing a sort of French-onion cosplay, carrying off that holy trinity — bread, cheese, onion — with great panache. “

The titular Maria, the Roman grandmother from whom Mr. Strausman obtained the recipe, saw this savory budino as a panacea. “There’s a saying in Italian, if you’re feeling sick: ‘Mangia in bianco.’ Eat white, ”the chef explained. “The secret to the budino is to not let the onions color.” Though the result is souplike, the construction of the budino is akin to a lasagna’s. Layers of stale bread, Gruyère, Parmesan and onion soup are baked to near dissolution. The deep flavors of the warming, salutary dish belie its simple ingredient list.

At Ci Siamo, a glittering Italian restaurant in the Manhattan West complex, chef Hillary Sterling is much more amenable to caramelization. She uses a hearth to coax sweetness from tiny cipollini onions, which she then tucks into a crust. She describes her onion torta as “just the top of French onion soup.” In Ms. Sterling’s version, a sort of fonduta made with heavy cream and pecorino Romano cheese is poured over the caramelized cipollini before broiling. The soup’s traditional day-old baguette gives way to a cleverly made pie crust in which finely ground pecorino substitutes for (most of) the sugar.

The worst of the onion prep here isn’t slicing, traditionally the tear-inducing part. With cipollini, it’s the peeling. I have, however, found that soaking the little onions in boiling water for a few minutes before beginning to peel does aid a bit in releasing them from their skins. And the upshot is glorious, glistening bulbs of umami flavor, tossed in butter and olive oil before spending a nice, long spell in the oven.

If the budino is a humble restorative, the torta is a celebratory pièce de résistance. Both deliver magnificently on the promise of the onion. It might make you cry at first, but ultimately it will make you swoon

To explore and search through all our recipes, check out the WSJ Recipes page. 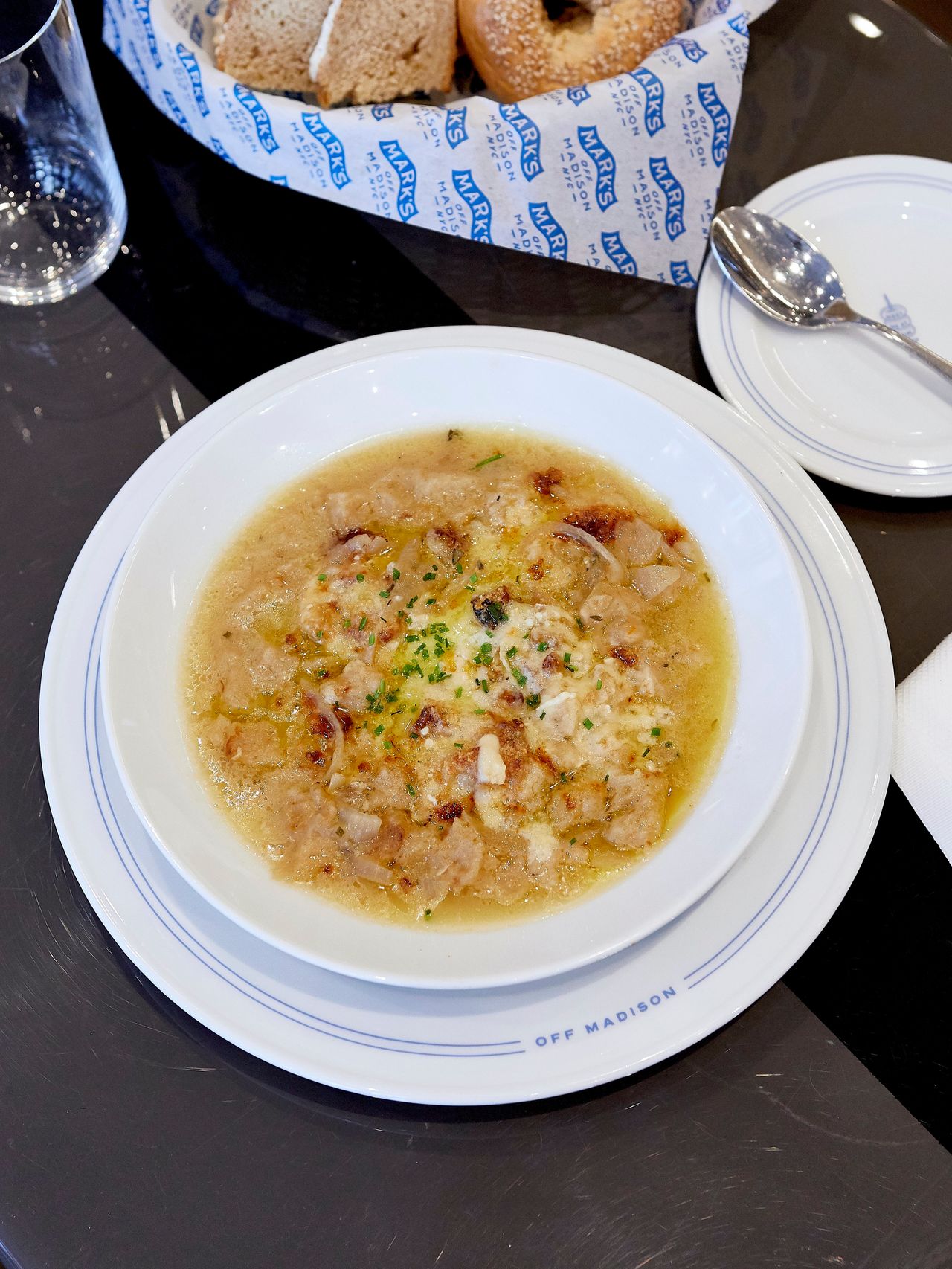 —Adapted from Mark Strausman of Mark’s Off Madison

Click here to view this recipe in our recipes section. 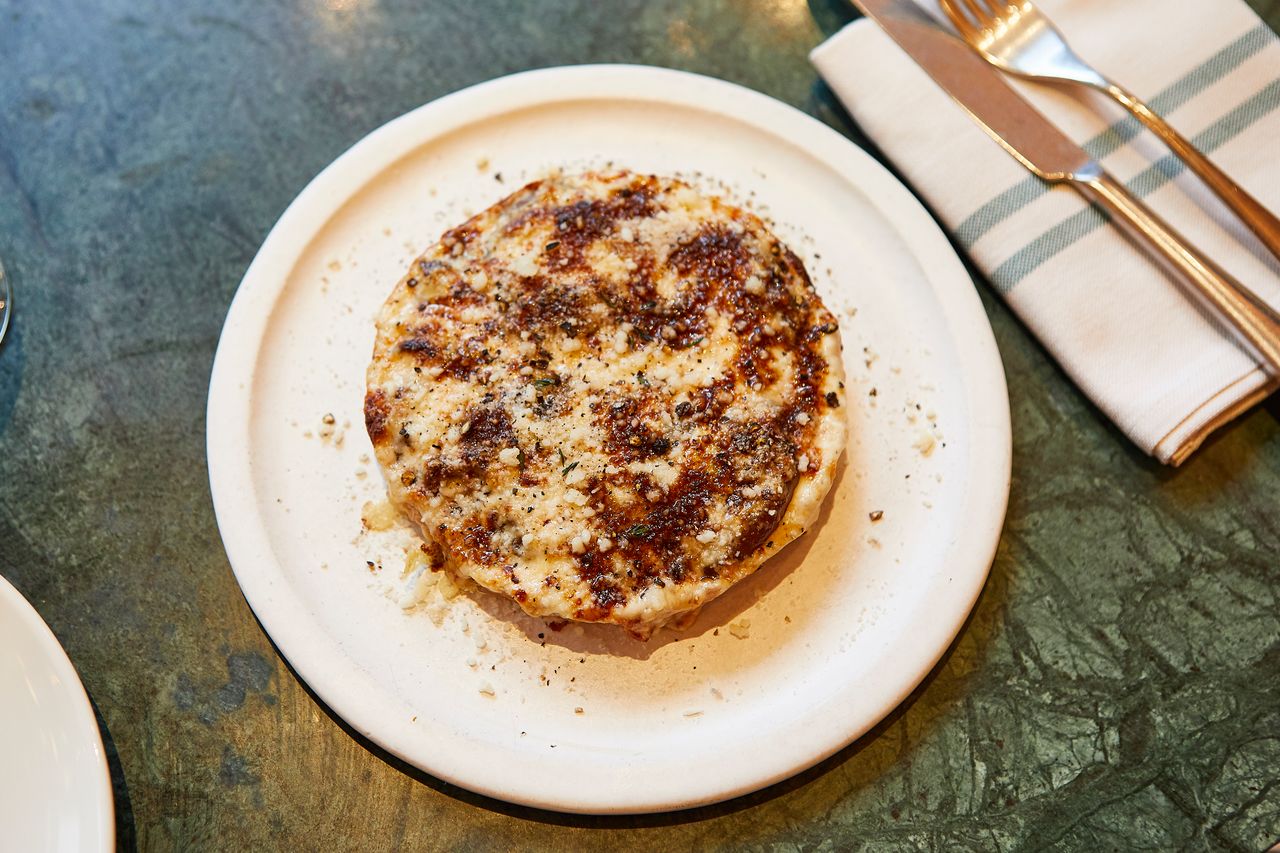 Click here to view this recipe in our recipes section.

What’s the secret to a tasty French onion soup? Join the conversation below.