Eat Your Way Through Bengal History in Le Meridian Gurgaon

If you like Bengali cuisine and are in search of the best soul food, then head to a three-day Bengali Food Fest at Le Meridian, Gurgaon. They will give you the true taste of the traditional kitchen of Bengal. Serving a diverse range of authentic Bengali dishes, the festival is coming up in NCR on March 11, 12, and 13 to serve delicious dishes from Mocha Diye Muger Dal to Kosha Mangsho. The festival will be showcasing dishes from the lost recipes to the quintessential to a few modern ones.Also Read – Dilli 6 Food Festival At Crowne Plaza Okhla Celebrates Women Power Wherein You Can Indulge Yourself With Mughal-Era Taste

Mocha Diye Muger Dal (roasted mung dal cooked with banana florets) is one such lost recipe that evolved from a kitchen of widows who were then deprived of non-veg food. Chef Sonali Chatterji, a renowned home chef, who curated the menu, showcased her style of cooking. She told us it took almost three hours to prepare Mocha Diye Muger Dal. We learned that banana florets are rich in potassium, apart from having high fiber and vitamin contents. Banana flowers are big red-colored blossoms that grow at the end part of the banana bunch. It contains red colored leaves that are not used for vegetables. Instead, the small yellow-colored flowers are used for vegetables. The only tedious job is the cleaning of flowers as each floret contains a thick and hard central sting and a plastic-like covering, therefore, it’s the star of the menu. Also Read – Mee So Good Review: Creamiest, Flavourful Dark Chocolates That You Won’t Feel Like Sharing

Apart from their classic Bengali delicacies, they also serve mouth-watering Bengali desserts. Baked Rosogulla Nolen Gur is one of the tempting desserts that we would love to visit again for. The soft succulent freshly made nolen gur rosogulla was baked that turned it into golden brown with a slightly crispy top and crunch with the softest chhenna inside. It was soaked with nolen gur flavored milk.

The second dessert offered on the platter at the Bengali Food Fest is Chhanar Jilipi (Paneer jalebi). It is a very popular Bengali sweet dish and can be found at most of the sweet shops. It’s deep fried and soaked in sugar syrup. It is somewhat close to Bengali Gulab Jamun (which is also made out of chenna) in terms of its taste and texture, and it is called as jilipi because of its shape. 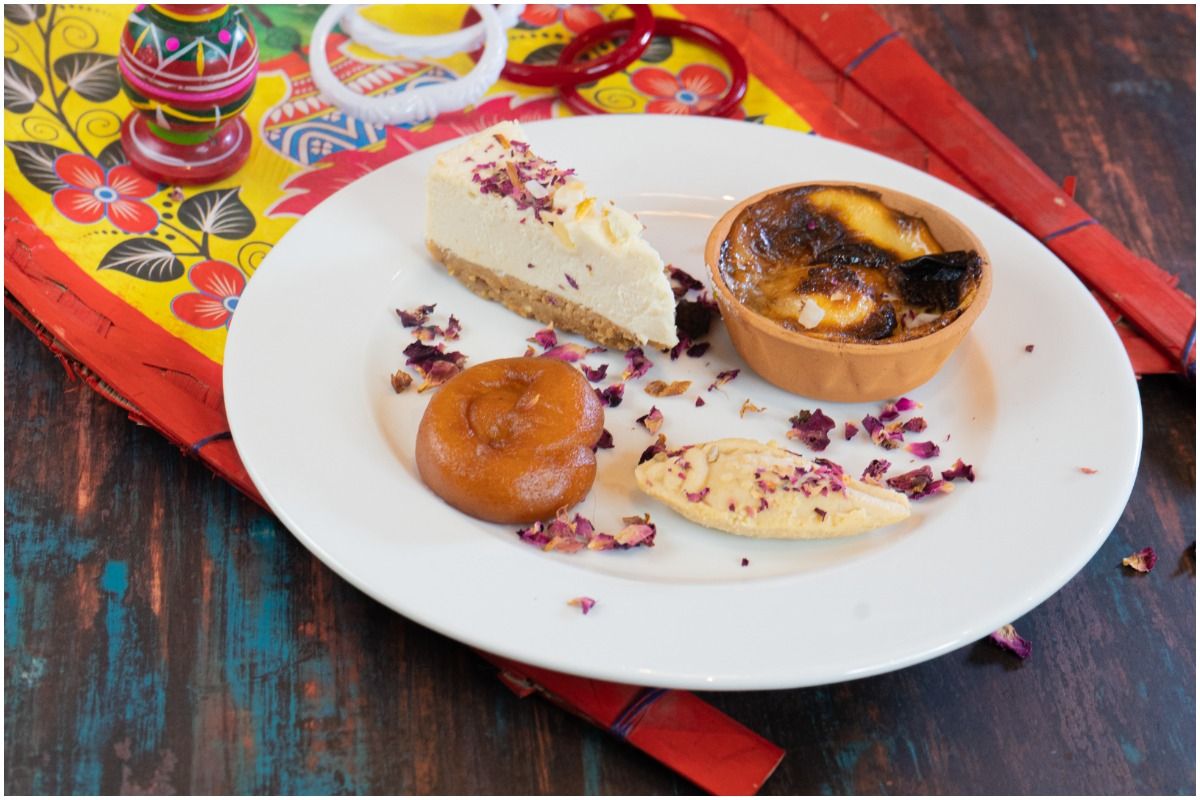 Bengali sweets at the Food Festival

Did you know that Bengali cuisine is the only cuisine on the Indian subcontinent with a genuine multi-course framework, much like modern French cuisine? Bengalis like their food and prefer to have it served in courses rather than all at once, as most other Indian regional cuisines do. Here, in Le Meridian, at the Bengali Food Fest, it is much more than just machh bhaat and desserts. It’s truly a foodie’s paradise for both vegetarians and non-vegetarians.