With an estimated two billion single-use cups discarded every year, startups are attempting to turn consumers on to environmentally-friendly alternatives

Not just any cups, but reusable containers that they’ve made available at a Tainan shopping district through their fledgling cup-lending service, GoodToGo (好 盒 器).

“Our previous jobs were to design features that would encourage people to discard their phone for the newest model,” Sung says. “It just didn’t seem right to be putting so many resources into endlessly upgrading the quality of a product.”

Today, professional cleaners sanitize their cups, and GoodToGo’s business has expanded from Tainan to Taipei, partnering with the city’s Environmental Protection Bureau. Drink shops, restaurants and convenience stores offering their product can be seen around the Gongguan (公館) area and Taipei Main Station.

Although changing consumer habits that see Taiwan discarding about 2 billion single-use cups every year, with government incentives and a public more aware of the importance of sustainability, now is an ideal time to see if consumers are open to engaging in their lending scheme, Sung says.

The process is simple: register for the service on LINE (Chinese only), visit a participating store, request the cup and scan a QR code. The cups can also be obtained at kiosks. 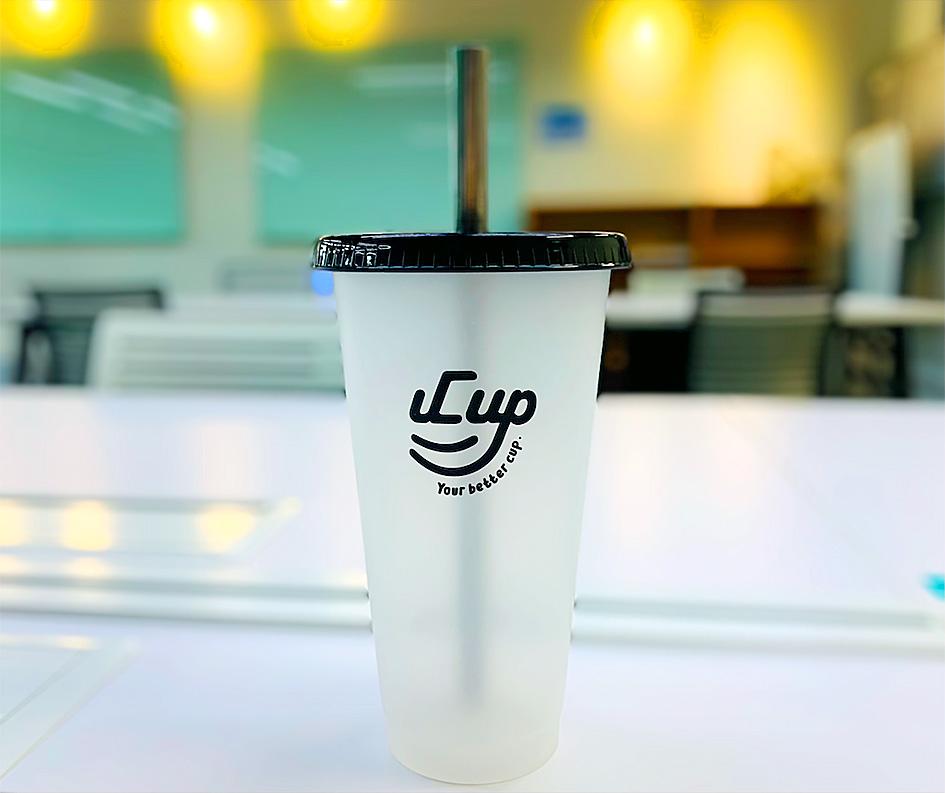 GoodToGo isn’t the only reusable cup provider. uCup, a venture launched in 2018 by National Taiwan University (NTU) students, provides a similar service for drink shops on campus and in Gongguan. Unlike GoodToGo, uCup’s target market is university students.

Both companies agree that the only way to get customers and businesses to embrace the idea is to make the service as convenient as possible. “Many will say that Taiwan needs better policies and stricter rules to [enforce eco-friendly behavior], ”UCup cofounder Thomas Li (李博華) says. “But I disagree. People like disposable cups because they are convenient. Our job is to ensure that the service is just as quick, and doesn’t interrupt the store’s workflow. “

But, he adds, “we are still working out the kinks.” 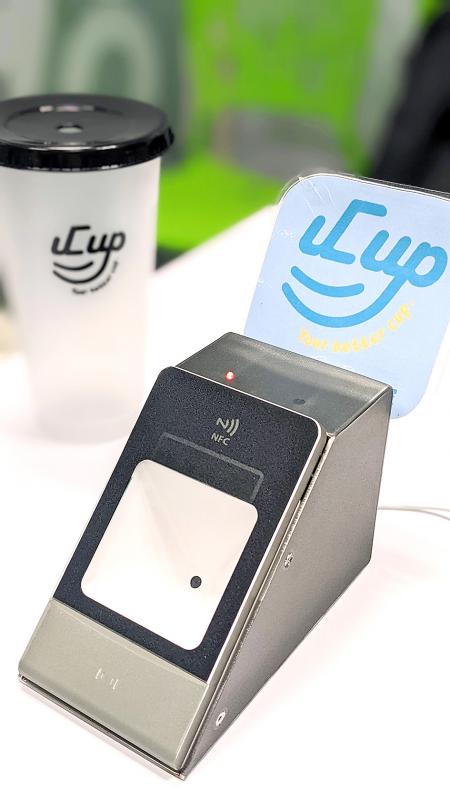 With a proposed law mandating fast food restaurants and convenience store chains provide reusable cups in 5 percent of their stores by January next year, McDonalds and 7-Eleven are also experimenting with the service. The proposed law also requires stores to provide NT $ 5 discounts by July to consumers with reusable cups.

uCup, on the other hand, started as an advocacy project by NTU’s student association. Co-founder Ting Chi-shao (丁 啟 詔) took over the venture after it ended, and recruited classmates to keep it running as a school club. 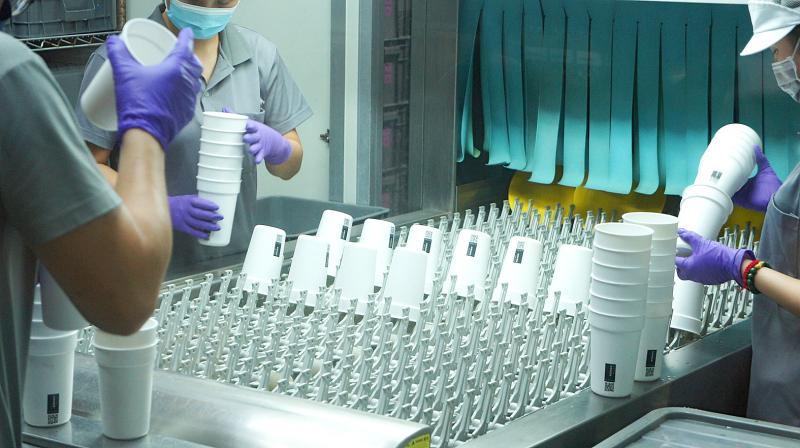 Li says that when Ting approached him, he was still a regular user of single-use cups.

“I recycle, but not everything can be solved by recycling,” he says.

As students, it’s easier to obtain school resources and local support, and faculty from different departments pitched in their expertise. As the club grew, uCup entered various competitions – including the U-Start campus entrepreneurship angel fund, which requires them to become a social enterprise.

Every day there are a handful of customers who request reusable cups, most of them NTU students. GoodToGo is more popular with large FoodPanda orders.

Chiang predicts that the service will increase as word spreads and the summer heat brings more patrons. In addition to supporting young entrepreneurs and the environment, she says it’s good to get a head start as the government continues its push to eliminate single-waste plastics.

While reporting on this story, I tried GoodToGo’s service. It was easy enough to learn the system, and the vendors were helpful if their shop wasn’t busy. Once I left the participating commercial district, however, there was no place to return the cup and, after three days, my account was suspended.

Both companies say this is just the beginning of a long process to make reusable cups a standard option for consumers and businesses. Competition in the beverage industry is fierce, so the service needs to be fluid.

While uCup has become well-known on the NTU campus, Li says they need to target those who “sympathize with the polar bears but still blast the AC when it’s hot.”

“By nature, humans want comfort and convenience,” he adds. “So we tell them we’ve devised a way for them to help the environment with little extra effort.”

Both companies offer the service for free to consumers, collecting a fee from the vendors.

Instead of requiring a cash deposit, Sung discovered that repeatedly warning delinquent users through text messages and suspending their accounts after three days is the most effective way to maintain the cup return rate, which she says is 98.7 percent

Sung adds that is has been harder to recruit stores in Taipei due to costs and competition, but the government has stepped up by sponsoring the first 50 stores that sign on.

As a free service, generating steady revenue is still a work in progress, but Sung says it’s important to offer a model to promote awareness, not only among consumers but among larger drink chains.

“From a society perspective, we feel that this service should exist no matter what,” she says. “We can eventually work out a healthy commercial model.”

Comments will be moderated. Keep comments relevant to the article. Remarks containing abusive and obscene language, personal attacks of any kind or promotion will be removed and the user banned. Final decision will be at the discretion of the Taipei Times.

Not just a teenage illness: Adults suffer from eating disorders too

Lack of access to allergy specialists outside Vancouver area is a potentially fatal problem, parent fears

Eating out? Watch out, bacteria on the loose, food poisoning, Kerala shawarma incident,

Not just a teenage illness: Adults suffer from eating disorders too