BORIS Johnson allegedly had food poisoning and threw up on his suit just hours before his Good Morning Britain showdown with Susanna Reid.

The Prime Minister struggled through the presenter’s grilling on TV – but aides have revealed that Boris was also battling food poisoning beforehand.

No-nonsense Susanna fired tough questions at the PM about the cost of living hell in Britain – while Boris also fought off his “violent” illness.

He is said to have just finished throwing up moments before coming on screen on May 3.

And Boris had a quick suit change after his lapel got covered in vomit, it’s reported.

He even had a “distress signal” prepared to give to Susanna if he needed to run off screen because of the sickness, according to the Sunday Times. 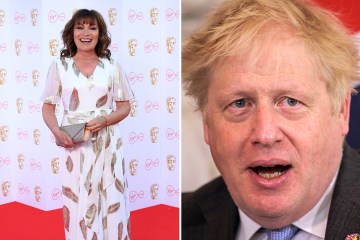 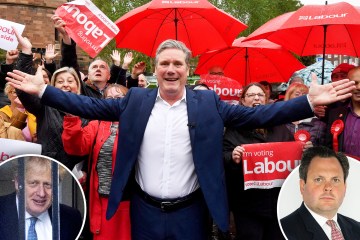 An aide revealed to the paper: “He had food poisoning.

“He was throwing up and had to change his suit because he got sick on his lapel.”

Live on GMB, Susanna made Boris squirm with the desperate plight of one widowed pensioner who has resorted to eating just one meal a day to save money.

Sheepish Mr Johnson insisted he was doing “everything we can” – but admitted he could not completely shield people from crippling costs.

The pair locked horns in the PM’s first GMB interview in almost five years following a Government boycott of the breakfast show.

Hauling the PM over the coals, Susanna told him about 77-year-old Elsie who is struggling to heat her council house.

Susanna said: “She gets up early in the morning to use her freedom bus pass to stay on buses all day to avoid using energy at home. What else should Elsie cut back on?”

Mr Johnson replied that he didn’t want Elsie to “cut back on anything” – before reminding her he launched 24hr freedom bus passes when Mayor of London.

Withering Susanna fired back: “Marvellous, so she should be grateful to you for her bus pass?”

The PM scrambled to lay out the cash packages he is putting on to cushion the cost of living blow whacking hard-pressed families.

According to sources, the PM went to a morning meeting with senior aides afterwards and told them: “I just got beaten up by Susanna Reid.”

The GMB showdown came ahead of Thursday’s local elections, where the Tories had been braced for a mid-term drubbing.

While admitting it had been a “tough night” at the polls, the bullish PM hailed victories in the Red Wall and vowed to fight on.